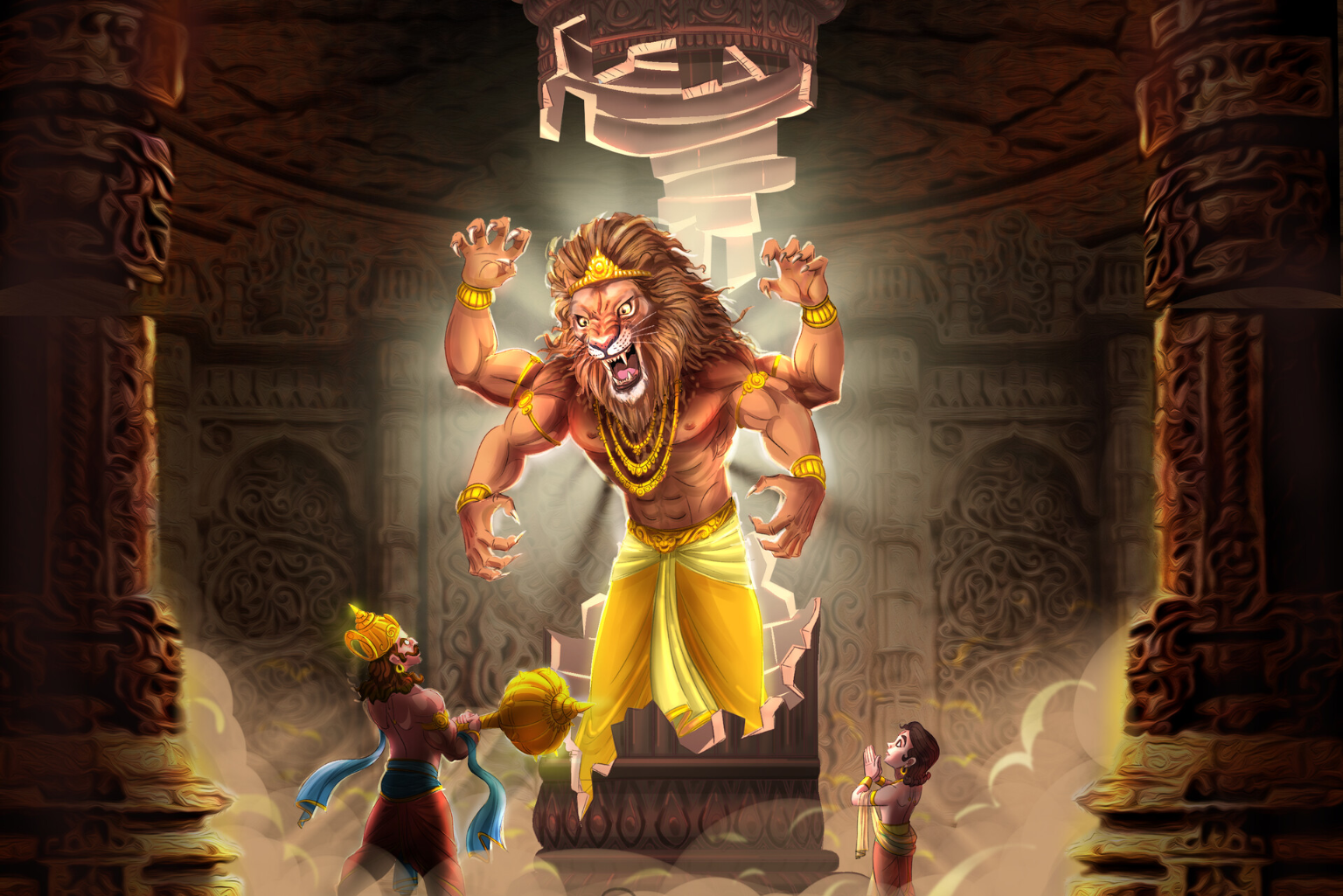 In Hindu mythology, we all have observed many stories of gods and goddesses of their various incarnations where they took birth and symbolized animals. For example, lord Ganesh has the head of an elephant, and lord Vishnu took his first incarnation as a Matsya avatar, where he has half the body of a fish.

The stories of animals and birds have come differently in Indian mythology. These are where some characters have come in the form of complete animals. Some have appeared in these stories with the qualities of half human and half animal.

One such character is Lord Narasimha, who appeared in the form of half lion and half male. The folk entertainment combination of a lion and a great man, Narasimha, is the fourth incarnation of Lord Vishnu in the mythological avatar story. There is an interesting story behind why Lord Narasimha had to appear in such a special form.

Once upon a time, there was a tyrannical king on earth. The name of this king was Hiranyakashipu. Hiranyakashipu had a boon from Brahma, which made him almost imperishable. According to this boon of Brahma, he could have died neither while standing on the earth nor roaming in space. Similarly, the fire could neither burn him nor could he drown in water. He will neither die in the light of day nor can anyone kill him in the darkness of night. He will neither die at home nor outside the house. Neither human nor any animal can kill him. Similarly, he cannot be killed by any non-living thing or living thing.

In this way, after getting such a boon from Brahma, Hiranyakashipu started feeling that now he had become more powerful than Lord Vishnu. And then, he told his subjects that now he was their God, so everyone must worship him like a god. Fearing the boon given to Hiranyakashipu, people had no other option but to obey him. But the biggest irony for Hiranyakashipu was that an exclusive devotee of the Lord had taken birth as his son in his own house. And the name of this devotee was Bhakta Prahlad.

When Hiranyakashipu learned that his son was a great devotee of Lord Vishnu, he committed various atrocities on Prahlad to get rid of his devotion. And when he failed to do so, he tried to kill Prahlad by burning, in which Holika had to sacrifice herself while saving the devotee Prahlad.

And then Lord Vishnu took the form of Narasimha, i.e., human-lion, to kill Hiranyakashipu. He chose the twilight time to kill this tyrannical king when there is neither day nor completely night. Lord Narasimha determined the place of killing Hiranyakashipu on the doorstep of his palace. Because according to the boon of Brahma, the door is neither inside nor outside the house. As a weapon, the Lord used his nails to kill him, which was neither non-living nor alive. As far as earth and sky are concerned, Lord Narasimha made him sit on his lap to kill Hiranyakashipu, due to which he died neither on earth nor in space. This half animal and half male incarnation of the Lord made everyone free from the atrocities of Hiranyakashipu by neutralizing the boon of Brahma.

Thus, knowing Lord Narasimha’s story, it can be said how important an animal is in the human world. Sometimes, to do some great work, not only the human being but God may also need to adopt the qualities of some animal. And this is what Lord Vishnu also did because for the death of Hiranyakashyap, and he needed a lion-like force and roar, and he took the form of a half lion and a half-man and made Hiranyakashyap his sins. 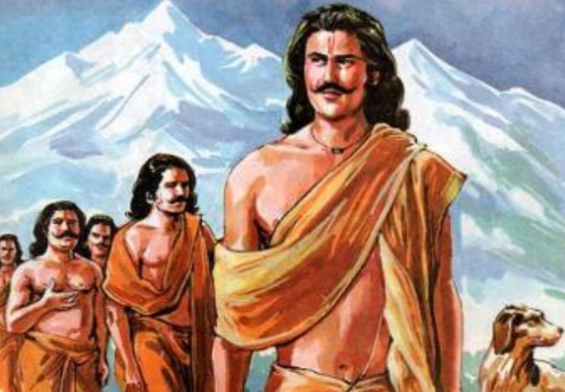 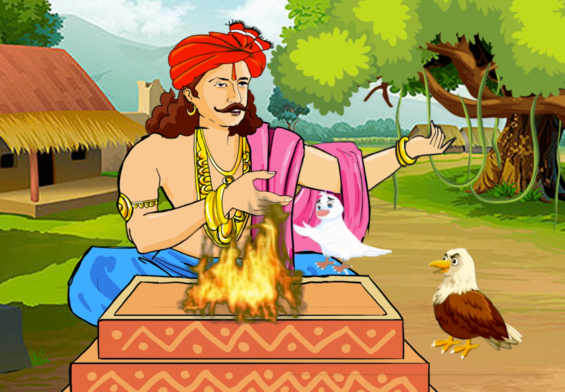