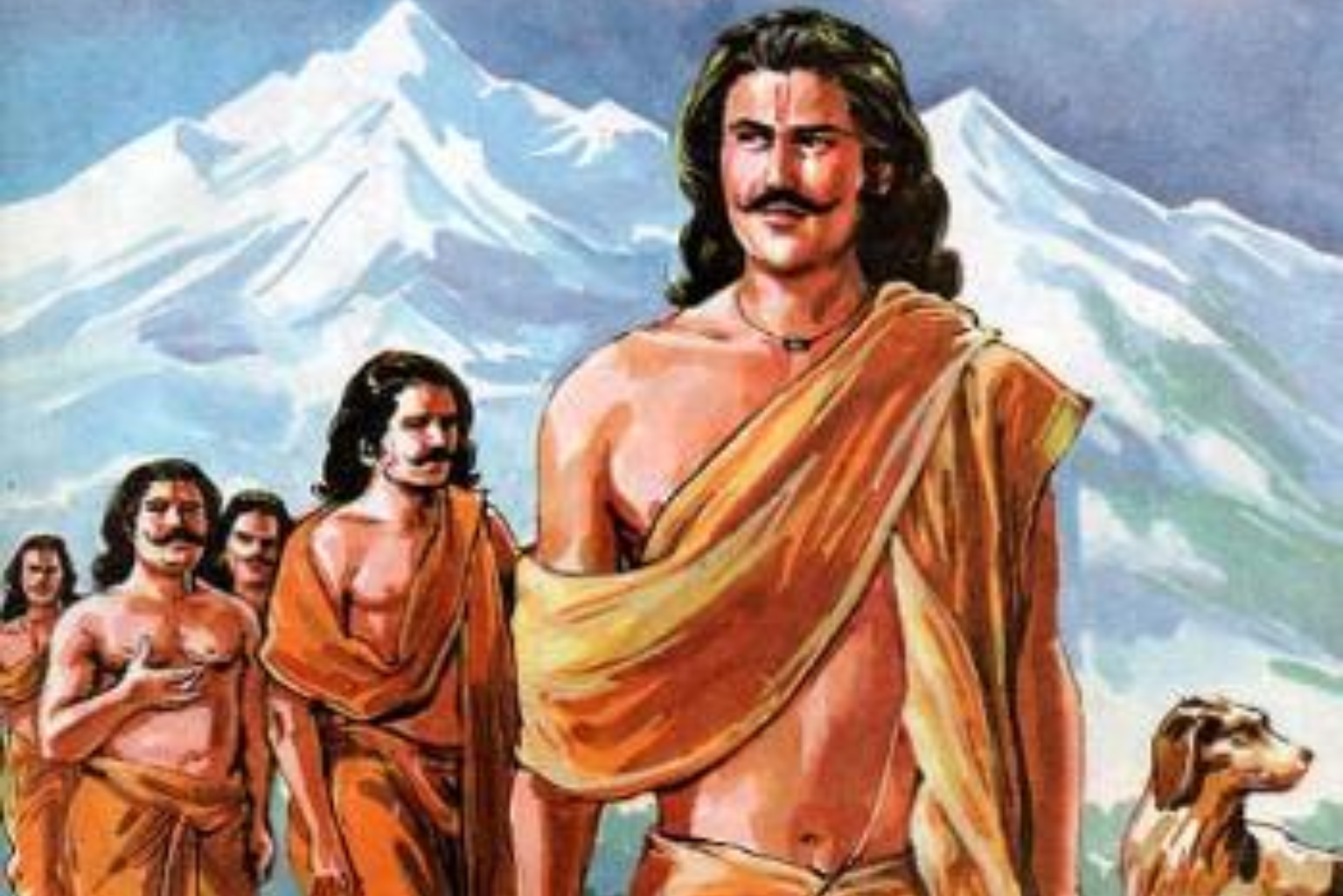 Various animals have contributed to the life of man since ancient times. And there are many such stories in our Puranas in which animals have been shown as companions of gods and goddesses. In the story of Mahabharata also, a dog comes into Yudhishthira’s life and supports Yudhishthira till his ultimate goal.

After a few years of ascending the throne of Hastinapur, Maharaja Yudhishthira got bored with the kingdom’s work. And there was no desire in his mind to rule anymore. Then he accepted the advice of Maharishi Ved Vyas and decided to go to heaven bodily. One day, Yudhishthira handed over his crown to Parikshit, Arjuna’s grandson, and then set out on a long journey to heaven.

Thus Yudhishthira, along with Draupadi and his brothers, proceeded towards the very high Mount Meru, the gates of heaven. But when he left his palace, a dog wagging his tail followed him.

The journey to Mount Meru was long and tiring. When the Pandavas family went on the journey, the dog would start walking ahead with them, and when it rested, it would also stop. He happily accepted whatever the Pandavas gave him to eat, and whenever anyone noticed him, everyone found him wagging his tail.

After a long and tiring journey, Yudhishthira, his brother and Draupadi reached Mount Meru, surrounded by snow. But Draupadi, badly battered by fatigue, fell there and died soon after. Yudhishthira did not turn to lift Draupadi’s lifeless body, and he kept moving forward.

In this way, the five Pandavas resumed their journey. The dog was still following him. But soon, out of the five Pandavas, Sahadeva fell tired and died. Yudhishthira left his brother’s body there without getting emotional and went ahead. After going some distance, Nakula also fell and gave up his life. After the death of Nakula, first Arjuna and then Bhima also collapsed.

Yudhishthira looked at the lifeless bodies of his brothers and started thinking, although I am alone at this time, I must reach my ultimate goal.

But Veer Yudhishthira was not alone at that time as his faithful dog was still following him. When Yudhishthira used to stay, he would stop, and as soon as Yudhishthira left that place, he would also walk. In this journey, he never wanted anything from Yudhishthira, did not even make a sound, just being fully conscious, he was following them.

At last, Yudhishthira reached that peak of Mount Meru covered with snow. Indra, the king of heaven, invited Yudhishthira to sit in his chariot. Yudhishthira smiled, then stood aside and began to inspire the dog standing near his feet to climb the chariot.

As soon as the dog jumped on the chariot and proceeded to climb, Indra stood in the middle and blocked his way. Indra said, “If you want to go to heaven, you must leave it. This impure creature is not fit to go to heaven.

Yudhishthira replied, “Sir, how can this lovely dog ​​be impure? It has supported me in every situation, and it never left me. He is completely devoted and faithful to me. It is not possible for me to even think that I should leave it here alone.”

Then Indra asked, “You left your wife and brothers on the way to heaven. But you don’t want to leave this dog?” Indra asked.

Yudhishthira said I am a king, I may have given up my throne, but I can never leave the one who supported me and is under my protection. If this dog can’t go to heaven, then I won’t go either…”

“You are leaving the opportunity to enter heaven for a dog?” Indra asked in disbelief.

“Yes!” said Yudhishthira, “if this dog is not allowed to go to heaven, then I will not go either.”

Indra said, “Well then, if this is your request, then this dog will also be able to enter heaven.”

Thus Yudhishthira and his confidant companion boarded the golden chariot of Indra. But then an astonishing incident happened. The dog disappeared, and a beam of light appeared there. Now a divine man was standing in the place of that dog. He said to Yudhishthira, “I am your father Dharma—the god of truth. I took the form of a dog to test you. You have passed this exam. Now go and enjoy the luxury of heaven…!”

From this incident, Dharmaraja Yudhishthira again showed his steadfastness towards that dog and that he loves animals as much as he loves humans.

Thus, this story of Mahabharata inspires us to take care of our pets till the end in the same way Dharmaraja Yudhishthira did. 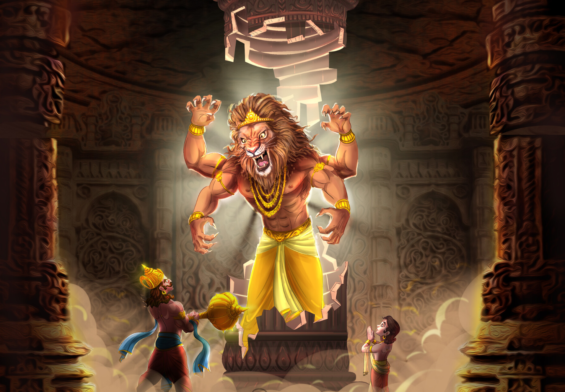 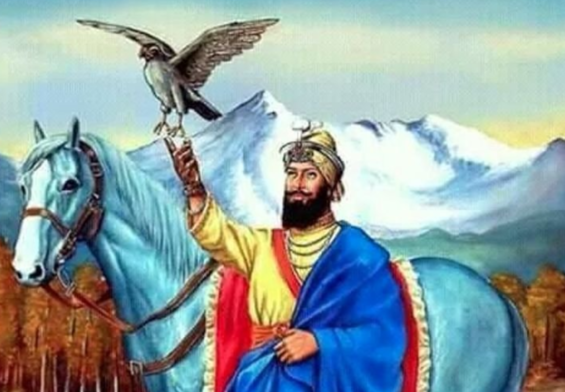