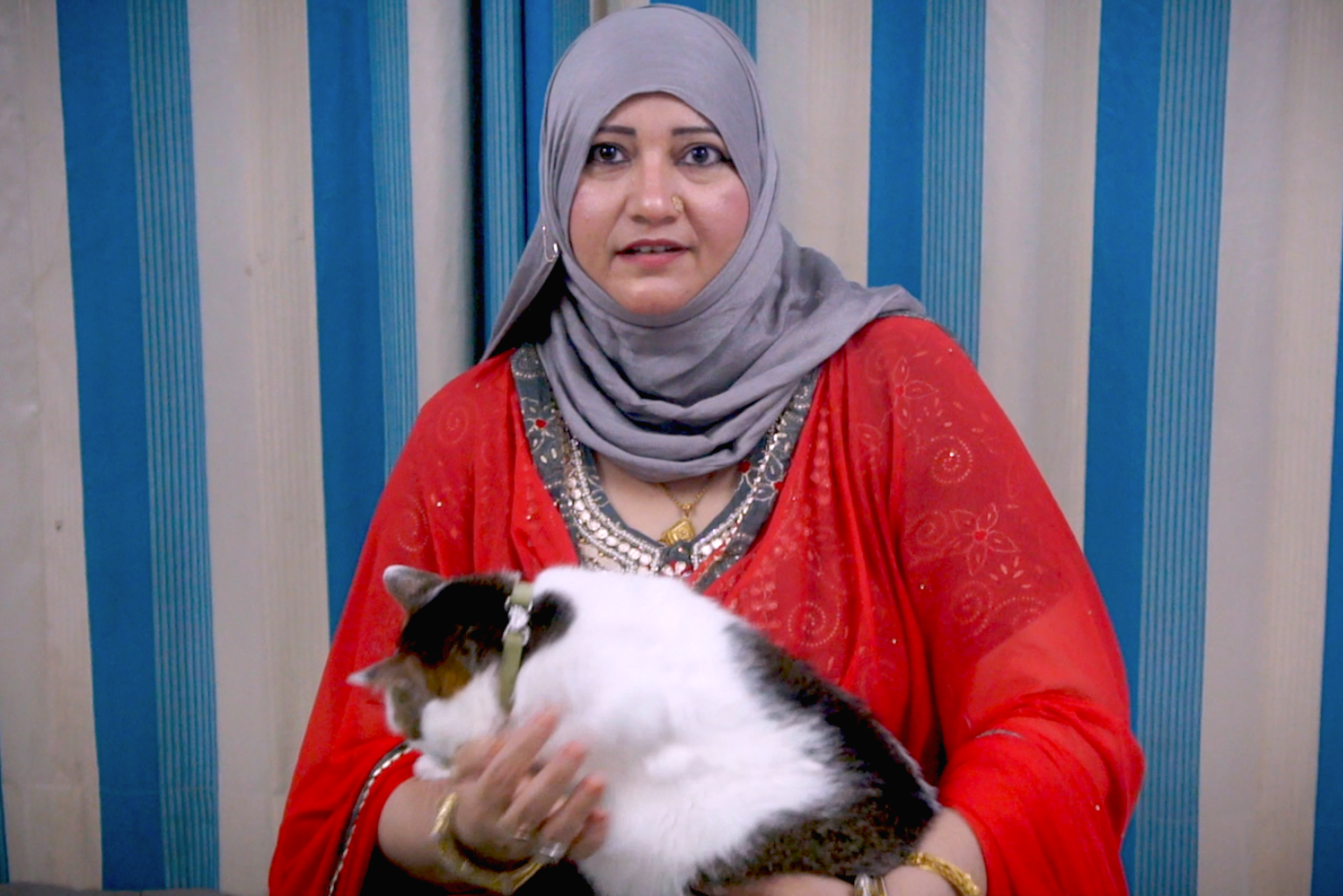 Anjum Khan is an Iron Lady with a golden heart; she is an Animal Activist based in Mumbai and has been working for the welfare of stray animals for the last 22-23 years. She has won several awards for her remarkable work in taking care of stray animals; She has won many awards & accolades for her exceptional job. She feeds the stray animals in her locality every day, and till now, she has rescued and provided shelter to so many cats & dogs who were in great pain.

Her work started for the first time when she found a little puppy who got involved in an accident. The condition was so bad the leg of the puppy was entirely crushed. She didn’t know much back then about all this, but that didn’t stop her. Anjum did some research and contacted a vet who gave treatment to the dog, and later, she carried him home to take care of and look after him; she did whatever the doctor had instructed her to do, and by gods grace, the dog recovered very well within 10 days.

After this incident, her interest increased because of the joy she felt at that time by alleviating someone’s pain, by seeing someone happy, the peaceful sleep he got after all the suffering touched her heart deeply, and like that, her journey started.

She introduced her 22 years old cat Saira who her son rescued, and because she is a beautiful soul, they decided to adopt her. She has many unique habits. Saira wakes her up before the first Namaaz of the day, even before the Azaan is heard, and as long as she prays, Saira remains seated on the prayer rug.

She revealed that animal lovers are called crazy. People say that they don’t have any work to do. They are often called names, but she believes it is God’s blessing because only a few are given this opportunity. Not everyone has this love in their hearts.

But, all those who do, whether in a higher post or working in a lower position, as long as they love animals, are perfect humans. Animal lovers should be thankful that they can understand someone’s suffering and pain because if you are aware of hunger and pain, you will be able to value everyone’s suffering, but when you don’t feel that, what’s the point?

This is why a human’s heart should be more extensive, and we should help others as best as we can. It is not that we look only after animals. Humans and animals should be looked after as both have equal rights.

She also spoke about how she keeps everything transparent in her animal welfare work by tracking all the donations she receives from people so that the donors get recognition for their contributions. She makes sure that the donated money gets used for social causes.

She shared two heart-melting stories. First, a young girl who knew nothing about animals got so inspired by Anjum’s work that she became an animal lover. Now she helps her to feed the Strays in their area and has also started working for the welfare of stray animals. Second, she about her fantastic friend who always helps her during her time of need and how once that friend sold all of her gold to help save the lives of animals.

She asked parents not to gift animals to their children because they are not toys to play with as they enjoy having a pet till they are young. Once the pet grows up, their maintenance increase, after which the owner abandons them, and they suffer so much after that, that they go through mental trauma; animals have feelings too.

She requested everyone not to stop their children from loving animals because if they learn this from their childhood, they will have love, mercy, and sympathy in their hearts, and they will also realize that animals, too, have problems, feel pain, and hunger. If this settles in the mind of the kids during childhood,  when they grow up, the amount of respect they will have for their parents will be incomparable. So, it will imprint on the child’s heart that they must respect everyone. She firmly believes that If you give love, you’ll get love. If you sow hatred, you’ll get hatred.

She said the one above would only be happy if we did good deeds. But, to do good deeds, we should not wait for something big. Even the smallest of acts can push us to great heights, and taking care of animals is an enormous deed to do, which will give you nothing in return, but it will satisfy your soul because we do all this from our heart. It is not something to show to the world.

Anjum Khan has an iron will to give love & protect our furry friends from every atrocity. She is truly an inspiration, and there is much to learn from her. 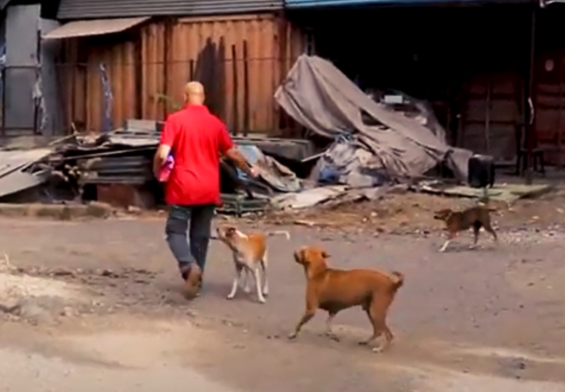 G.O.K Group assures no animal should sleep without food and care 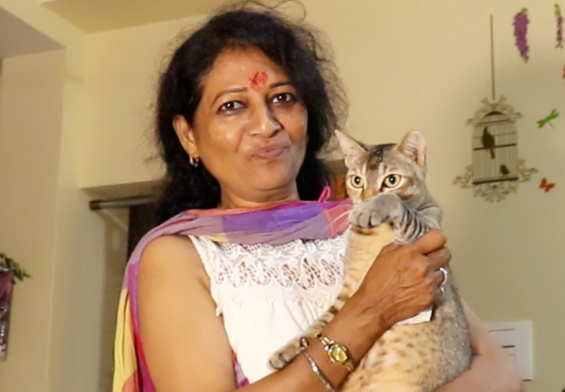 Lost her home, but still sheltering the stray – Sumita Sen